Lessons From The Biggest Risers and Decliners In Retail
08/07/2020
Posted By: Michael Provvisionato 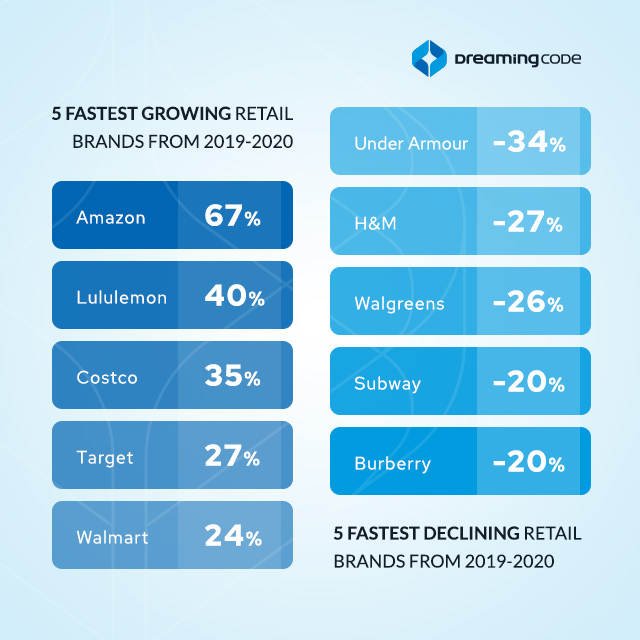 The graphic above illustrates the five fastest growing and declining retail brands, based on market value, from 2019-2020. While some of these placements might come as a surprise, here are some factors that have led to each company's rise or fall.

Amazon
The company has invested heavily in India, where eCommerce currently lags behind the world average. Currently, only 1.6% of retail sales within the world's second most populated country come from eCommerce, significantly lower than the world average. With the eCommerce sector projected to increase by $200 billion by 2026, Amazon's investment is already starting to take shape.

Lululemon
In addition to excellent management, Lululemon has found success in its' "buy online, pickup in store" shopping option. Customers are allowed to combine the convenience of shopping from home, while not having to wait for shipping, as orders are ready within an hour of purchase. This model has become very popular and gets customers in their doors, exemplifying an innovative eCommerce solution.

Costco
According to The Motley Fool, "Costco is starting to deliver on the e-commerce side of the business, showing a 17.9% increase in e-commerce revenue over the 6-month period ending March 1. To help the e-commerce growth along, Costco acquired Innovel Solutions in mid-March for $1 billion. Innovel is a logistics company that specializes in storage, transport, and delivery of "big and bulky" items.

Innovel states that the company can reach "90% of the U.S. and Puerto Rico." This enables Costco to more easily deliver large items to customers, which enhances the opportunities for it to sell bulky merchandise. As the United States and Puerto Rico make up 547 of Costco's 786 warehouses in operation, Costco's large item delivery reaches 70% of the customer base."

Under Armour
Under Armour is getting severely outcompeted by Nike and Adidas, both domestically and abroad. The biggest reason for their decline, however, is their difficulties within the direct to consumer online (DTC) space, where sales grew a mere 1% last year. By comparison, Nike's DTC revenues grew 17% in Q4 2019 alone. The race for DTC revenue is on in the sportsware sector, and Under Armour is struggling mightily.

Walgreens
Forbes writes that the Walgreens, "Retail segment, which includes the company's retail sales of prescription drugs, and consumer healthcare products, saw sales decline from $40 billion in 2016 to $39 billion in 2019, and it will likely decline to less than $38 billion in 2022". Similarly to the rest of the decliners, retail sales are down and the company must look to eCommerce in order to stabilize and grow going forward. 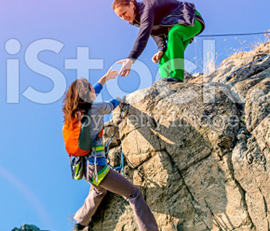 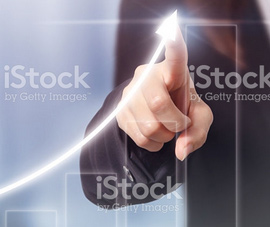